Meet Iaroslav Iakubivskyi – a master’s student from Ukraine, an ESTCube structure team leader, and a hiking enthusiast. Iaroslav has done a great job in introducing the ESTCube student satellite project to the world whilst attending many conferences related to space technology. He also finds Estonians surprisingly hard-working. We met on a snowy Monday afternoon in Säde. 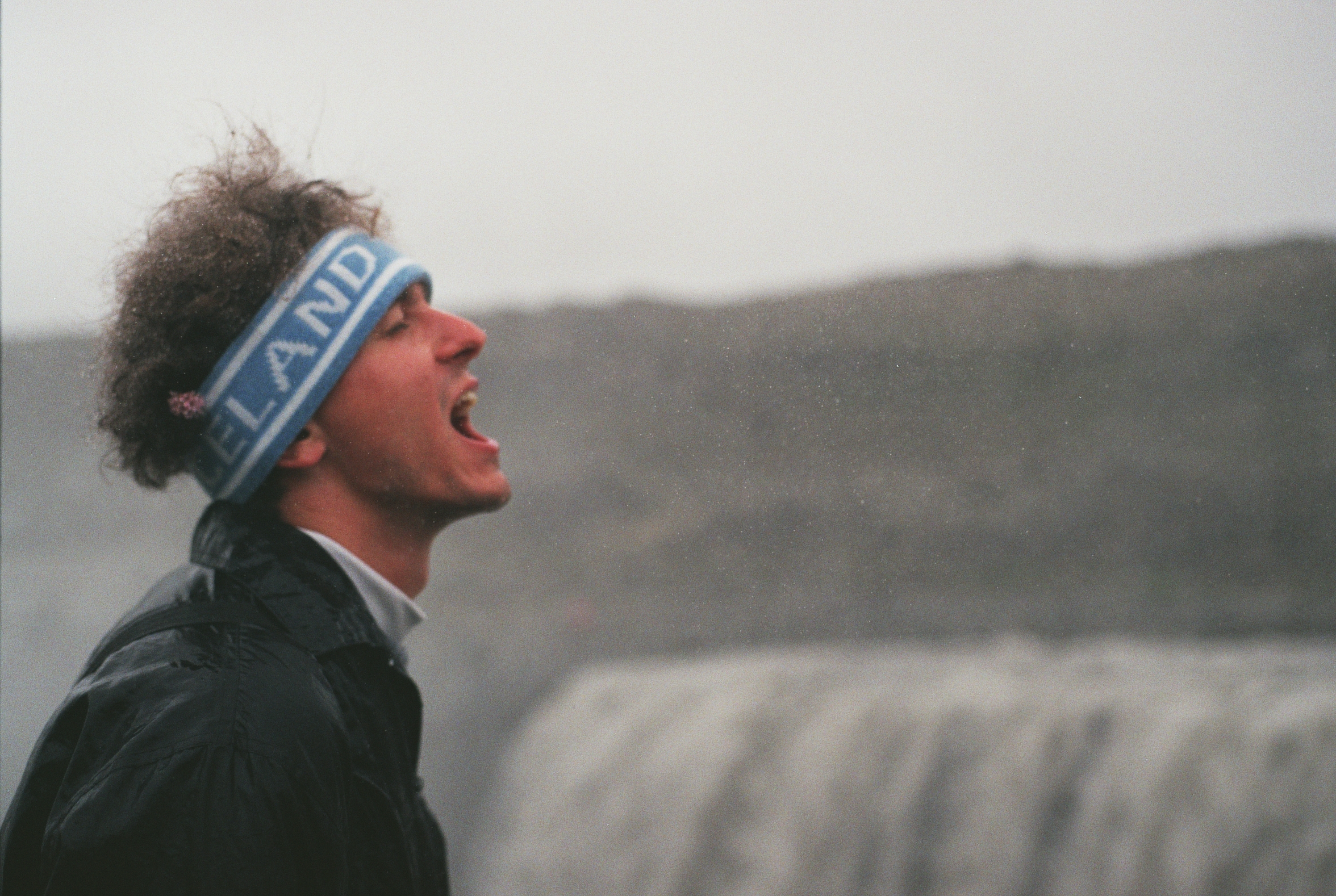 Iaroslav in Iceland, July 2016. One of the many waterfalls. Photo from a personal archive.

Tell us a little bit about yourself and how you ended up studying in Tartu.

So my brief history: Originally I am from Ukraine, where I have completed my bachelor’s degree in the National Aviation University in Kiev. After finishing my bachelor’s studies, I started the master’s programme at the same university in Kiev, but I found the programme not to be challenging enough and quit. Therefore, I enrolled in the University of Tartu for the master’s programme of Robotics and Computer Engineering in September 2015.

I actually did not know much about Estonia or the University of Tartu at first, but I found out that the university was quite big and very good at the international level. I also found the minor specialty in space technology which caught my interest. In addition, there was a possibility to apply for a scholarship and I got it.

At the moment, I am spending most of my time working on ESTCube and other projects related to space technology. What I really like about the Estonian education system is that all the theory is connected to the implementation directly. In Ukraine the problem is that education is cyclical – you study something, you do homework, you do your project, and then the cycle is over. Here it is more integrated. Everything just goes on continuously in the logical order – theory and practical experience together. Very often theory is added after you have already started to do actual things. Education should not be based on memorizing, like it was in the 1980s and 1990s, before you can go on doing something practical. Now everyone has access to the Internet and you can find the information you need in a few seconds. It is important to know how to filter this information and find out what is actually needed. 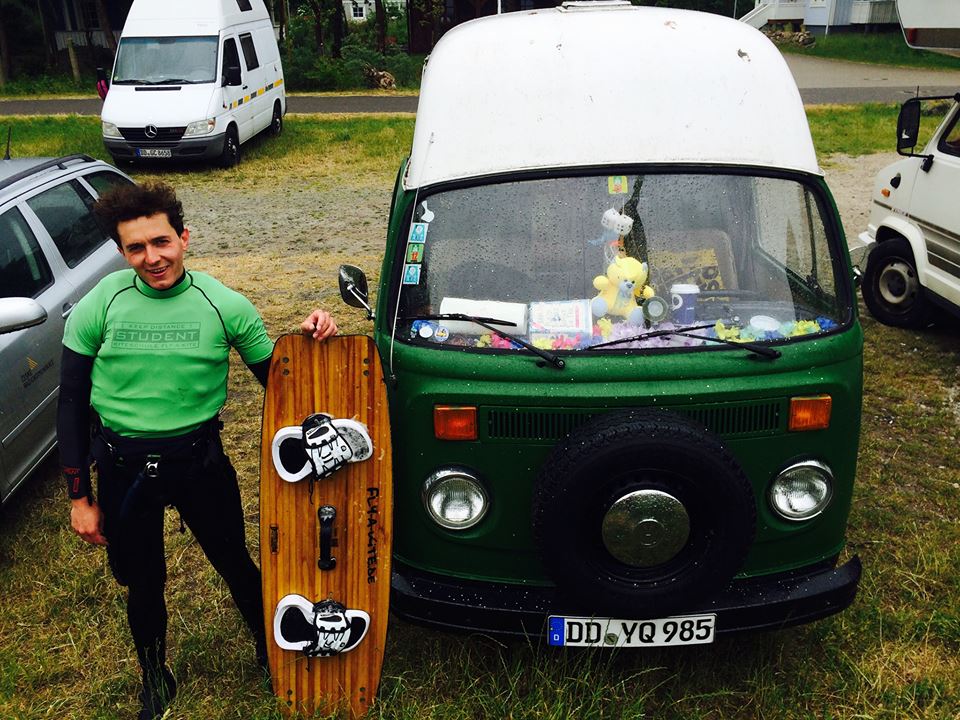 Rügen, Germany, summer 2015. Kitesurfing on the Baltic sea on my way to Estonia with friends. Actually it took all summer to reach Tartu for my master’s programme 🙂 Photo from a personal archive.

Why do you find space technologies interesting and how did you get involved in the ESTCube team?

It is interesting to do something practical, something big, challenging, and innovative, something sexy. And space is mysterious; it is far!

Getting involved in the ESTCube project began with an internship which just accidentally occurred. During my first semester in Tartu, I went to the space technology courses that were offered in the curriculum. I had read about ESTCube before and was curious about it; however, I was not sure how I could contribute. During those courses I heard more about the project. After a few weeks, the ESTCube team told me that they needed someone to perform a structural analysis on the European Student Earth Orbiter’s cameras. This is a mission organized by the European Space Agency (ESA) Education office, where European university students are involved in developing, integrating, and testing of payloads for the microsatellite.

So, I went to Italy to work at SITAEL, the former ALMASpace (the largest privately owned space company in Italy, leading the development of the small satellites sector) to perform structural analysis for the European Student Earth Orbiter’s camera, while learning how to use tools and software approved by ESA. When I finished the internship and returned back to Tartu-land, I had more knowledge in this field and I became a member of the ESTCube structure team. Actually, I started to lead that team, which deals with the design, analysis, and manufacture.

You are also working in Tartu Observatory.

Yes. At first I was an intern during the summer. I got an engineering position in the space technology department at the observatory in September this year.  It is very closely connected to the ESTCube activities.

You have travelled quite a lot because of your work and the ESTCube project. Tell us about your travels.

Yes, in the last year I’ve travelled a lot. For example, in March I applied for a conference in Vilnius, Lithuania – a student conference for physics. I had never been to Vilnius, so I thought I’d go and introduce the ESTCube mission.

In May I attended the “Living Planet Symposium”, organized by the European Space Agency in Prague. It was a huge conference oriented towards Earth observations, with 3300 people attending and it happens only once every three years. It was very educational for me to meet engineers and scientists and see how science and technology are working towards the benefit of the social world. 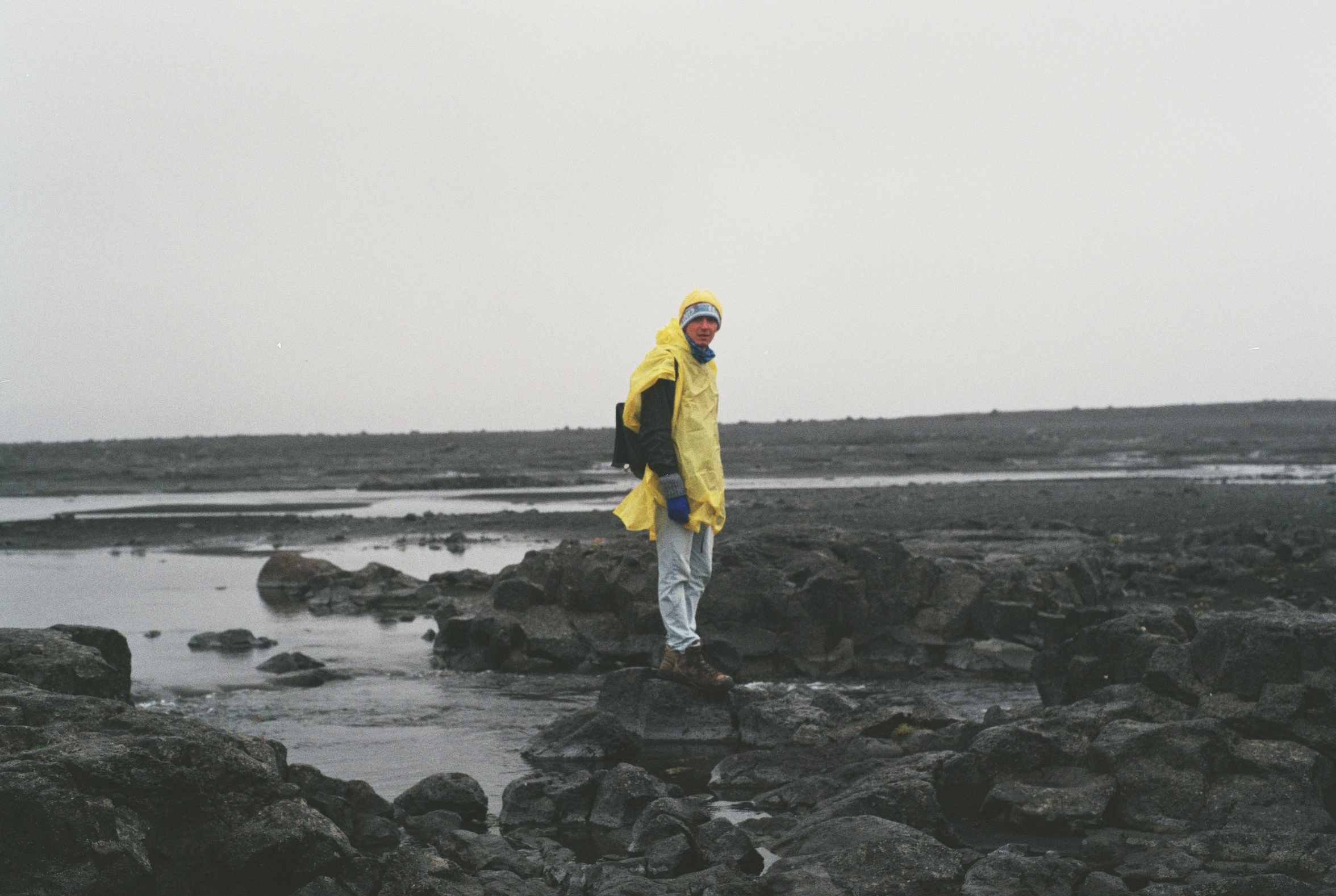 Iceland, July 2016. Exploring the fresh lava field (from the explosion in 2014). Photo from a personal archive.

In July, since I became interested in astrobiology (the study of the origin, evolution, and development of life on Earth and other planets), I applied to a summer school in Iceland, “Biosignatures and the Search for Life on Mars“. Iceland was chosen, as it is called the sisterland and a unique analogue of Mars. The summer school covered the subject of the search for life in different environments, both on early Earth, below Earth’s surface, and on Mars. It brought together students and researchers from a multitude of different fields. We investigated colonizations of fresh lava fields on Mars analogous landscapes with in situ life detection techniques (ATP). It was a spectacular experience! Iceland is very joyful – 24 hours of daylight, no night… no sleep. Just great – I love science!

Another summer school I attended was in the Archipelago of the Azores, a Portuguese group of island where the American, African, and European tectonic plates meet. It is in the middle of the Atlantic Ocean – another spectacular place! The course gave us a thorough introduction into the influence of volcanism and plate tectonics on life and the role of hydrothermal vents in the origin of life.

And that’s not all! At the end of September I attended the International Astronautical Congress in Mexico. It was a huge conference, probably the biggest in the space technology and science sectors. Elon Musk was there – a cool dude! There I got a chance to present the ESTCube-2 mission analysis: the plasma brake experiment for deorbiting. 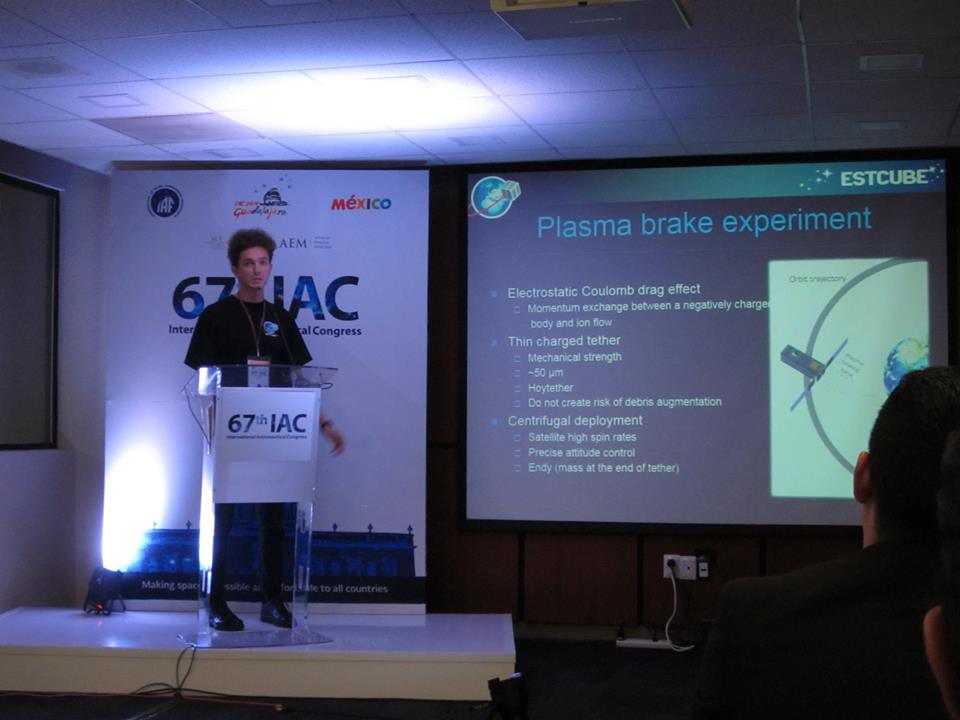 I’ve been also travelling just for fun – to Russia with -26º C, Sweden, Norway, Germany, etc. I also have been to Cyprus lately, to help my friend who was involved in one project in the biggest contemporary art gallery in Cyprus. He invited me to be a part of his group and do sculptures and paintings there.

That is really impressive. So do you have any free time at all?

I know that you have also participated in Robotex.

Yes, we built a robot during the Robotex event last year. It wasn’t the best one, but it worked. I was mostly doing the mechanics part, while other team members were dealing with software and electronics. It was pretty fun and interesting. We just decided to go there and build a robot without much prior knowledge. And that is what I mentioned before – you do not need to have things memorized in order to do something, you just need to find the right information at the right time. It is a matter of time that is proportional to experience.

Besides your work and studies, describe your life in Tartu and in the university? What is different from home?

Well, Kiev is a huge city, but Tartu is very accessible and easy to get around. The thing I really do not enjoy is the long winter – not because of the cold, but because of the darkness. I think during our winter in Ukraine we have a bit more sun. The darkness makes you depressed and you have to always work or go to the south. It is so cold sometimes that you cannot go outside and enjoy the sunshine, so you just work. Otherwise you would have nothing to do – well, maybe drinking or dancing!

Actually that is crazy how hard-working people are here! I have been to the university on Sunday evening and people are working. They are sitting in the lobby. Nobody looks for an easy way out or an easy solution – everyone just wants to do things in the proper way. The way it should be done. And you can feel the result.

What do you do in your free time?

I like contemporary art, I like cinematography, and I like hiking and walking in general. I was a scout when I was young. It was actually my passion to travel. I was never at home during summers, winters, and weekends, and my parents were always mad at me for that reason. I haven’t been hiking much in Estonia. There’s no time for that, and Estonia is kind of flat too… But we had a two-day trip at Peipsi Lake!

I also like kitesurfing, skateboarding on Tartu’s hills, mountain skiing, and surfing. I try to read more; I like learning languages. I speak Russian, Ukrainian, Polish, a few words in French and I’m learning German at the moment. I am also trying to learn some Estonian, but I need time for that, a lot of time. But since I might stay in Estonia even after my master’s degree, maybe I’ll learn it – let’s see!

Yes, tell us a little bit about your future plans!

I have to graduate this year, definitely! But I like this academic life; I will most likely stay in the field of space technologies or science. It might happen that I stay in Tartu for my PhD studies as well, one can never know. ESTCube is actually a very unique and a very promising project.

And to wrap it all up, when will the second generation of ESTCube be ready?

It will probably be ready by the end of next year. We have a year for the testing period, but it will be ready in the frame of the Estonian 100th anniversary celebrations; I promise you!

Kaija Pook is an author and the editor of the UT Blog.

One Response to Iaroslav Iakubivskyi: The Space Enthusiast