People used to collect all kinds of stuff in ages past. Some people collected stamps, others matchbox cars, and others cat figures made of porcelain or stickers. I, for one, collected bubblegum wrappers. Right now, it feels that if somebody is collecting something, it could only be pocket monsters – Pokémons. What could one get from such a virtually real collection of fictional creatures? 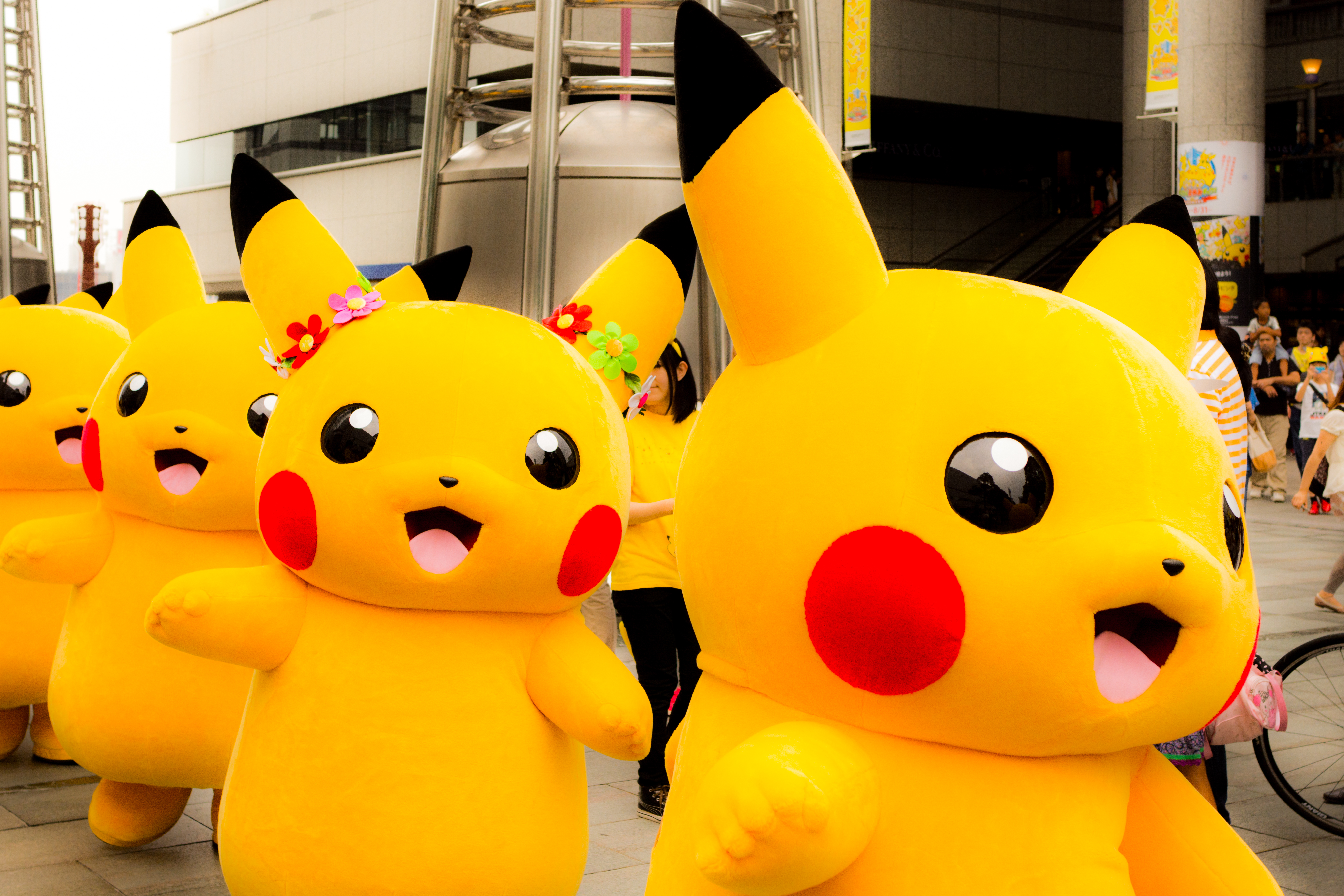 This summer pocket monsters conquered the world. No kidding. They were everywhere and there were more and more people catching them as well, resulting in Pokémon Go becoming the most popular mobile game in the world – in just a few weeks. An analysis performed by Axiom Capital Management showed that in mid-July 2016 alone, some 450,000 persons all over the world hunted the monsters daily. Pokémon Go players spent even more time in the environment of their game than in Snapchat, Instagram, Twitter, or Tinder. As a search term, ‘Pokémon Go’ was even more popular in July than the usual web search engine favorite word – ‘porn’.

Certainly, one of the reasons for the great number of users was really good timing – the game was released in summer. With autumn creeping in, the first excitement of catching the monsters has started to fade, and both here and elsewhere there is an increasing number of Pokémon hunters whose monster collection was locked down because of the beginning of the school year. By the end of August, the number of daily players had fallen to 30,000, according to an analysis by Axiom Capital Management.

But the faltering user numbers might soon start growing again, because there will be a new gadget on the market specifically targeted towards the monster hunters – Pokémon Go Plus, making the hunting even more user-friendly and simple. All fans of Apple products will have a reason to rejoice, too – the new smart watch entering the market at the end of this year allows its owners to catch the little monsters conveniently. 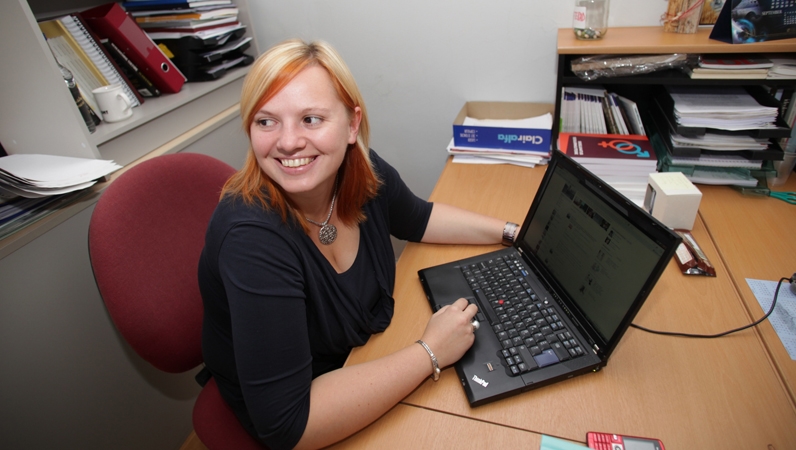 The overwhelming success of Pokémon Go was  a little disarming even for the specialists. It wasn’t the first game to exploit augmented reality by a long shot, and for many players it most definitely wasn’t the best one. In fact, games like that have been made for quite some time. Pokémon Go is just the first one enjoying overnight success, luring even those who have never played a video or computer game before. Now, Pokémon chasers can be spotted nearly everywhere.

Still, there are places where it wouldn’t be wise to go looking for Pokémons. An example would be Saudi Arabia, where the activity could lead you to a holding cell instead of a PokéStop. But there are also other places where chasing Pokémons is seen as something risky or indecent. It has turned out that one shouldn’t go hunting in certain areas (such as an atomic energy plant) or institutions (such as the Holocaust Museum, churches, cemeteries, and other sanctuaries) and such a frivolous pastime could insult various social groups. In India, Niantic – the enterprise who released the game – has been sued, with the creators of the game accused in offending the religious beliefs of locals. According to the prosecutors, catching the monsters in holy places is totally wrong.

Analyses show that some districts or counties have next to nothing in terms of PokéStops. For example, for areas in the US where the majority of the population consists of minority groups, the number of PokéStops and PokéGyms is notably smaller than in richer, fancier, more peaceful neighbourhoods where the white population dominates. Thus, even when playing Pokémon Go, one shouldn’t forget such power dynamics programmed into the technology – even when chasing pocket monsters there are those more equal among equals.  The suitable places to go hunting can be checked here.

Social Pressure To Catch Them All

It’s true that collecting monsters, just like collecting anything, brings a special kind of addictive rush. If you already have one of these creatures, you’d like to have a second and a third… and so it goes. With friends participating as well, you can share experiences – stories and emotions – and naturally there will be a competition in who has the rarest monsters or who has the greatest number of them. In this respect, it’s the same with Pokémon Go as with every other digital fad – the monster hunter status is all about belonging. The rising number of young players has probably a lot to do with peer pressure in the age group. If you want to belong in the ‘gang’, do something cool together, and be able to take part in the conversations your friends are having, then catching monsters is indispensable.

Pokémon Go really does give folks something to talk about. It seems that everybody has got something to say about the game. In just the first week after the game was released, it was tweeted about over 15.3 million times. One might grasp the massiveness of this number when taking into account that there were just 11.7 million tweets about Brexit in the week after the referendum, and Euro 2016 was mentioned on Twitter only 7.5 million times during its first week. 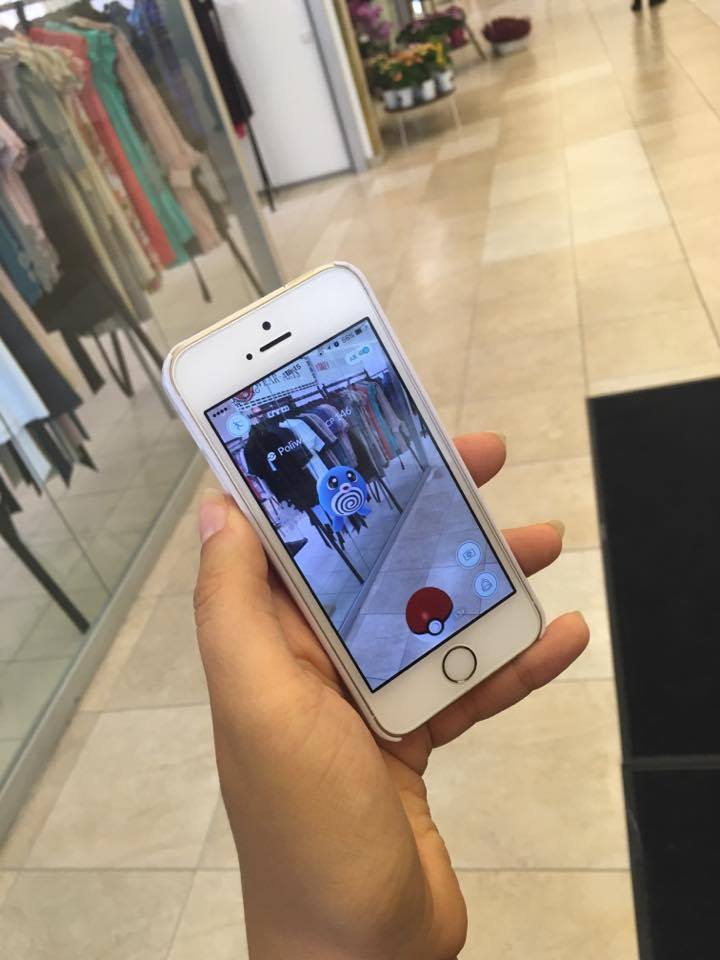 The media is reflecting everything related to Pokémon Go too, fuelling the mass exaltation substantially. In fact, there has already been quite a lot of talk about the positive manifestations the game could bring about. The players themselves, as well as some practicing psychologists and scientists, have expressed the opinion that playing the game could be a great positive incentive for people suffering from depression or anxiety, as it makes them leave their room and pursue a specific goal. Because many scientific studies have come to the conclusion that physical activity improves mood and raises energy levels, experts say that this fact alone is sufficient proof of the good influence Pokémon Go may possibly have on the human psyche.

Likewise, the game has received positive feedback from health experts. They are happy to see that the hunt for Pokémons has given impetus to big crowds of people who only recently didn’t hold an active lifestyle in high esteem. And those who were already moving around a lot now do it even more while chasing after the monsters (how exactly they get from one place to another – not necessarily by foot – is a whole different matter, though). The rush of catching the rarest specimens – Mew, Ditto, Articuno – but other monsters, too, has already put in motion greater masses of people than any social campaigns promoting healthy living.

Still, one has to admit that the noble goal of making the general public healthier is definitely not something that the makers of the game really had in mind. When the game was launched to the Japanese market, Niantic entered into a partnership with McDonald’s, turning all 3,000 McDonald’s restaurants in Japan into PokéGyms. In September, a comparable deal was made with the SoftBank Corporation – all 3,700 stores that belong to the latter now similarly function as PokéGyms and Pokéstops.

These agreements are quite certainly just the beginning for such ‘partnerships’ – the profit must be made using the hunters themselves.

Privacy Exchanged for the Collection of Monsters – a Fair Deal?

These days, collecting user data and selling it to third parties for a nice amount of money has become quite a fool-proof way of making profit. Indeed, all the monster-chasers voluntarily exchange their privacy for a virtual collection of monsters. In addition to the usual user data, the information about each user’s Google account and geo-positioning is saved as well.

It’s true that Niantic has promised to co-operate with Google, with no intention to gather the content of users’ e-mails or web search history into a cloud. Yet when it comes to the usage of data collected from the users, as well as the wording of the user’s rights,  Pokémon Go has remained as vague as possible, thus receiving criticism from data security specialists and lawyers specialized in consumer law on both sides of the ocean. The Federation of German Consumers organization, for example, has issued a warning that without changes in the users’ rights and privacy policy, Niantic can expect to get sued soon.

Pokémon Go has other privacy problems, too. Although the monster hunters are supposed to find Pokémons in public spaces, there are reports of people playing the game in the backyards and front yards of privately owned houses. Annoying crowds in a home garden or in the front yard packed to the brim with strange cars doesn’t leave much room for privacy. In many countries (i.e. Canada and the US), disturbed home owners have already sued Niantic for violating their privacy.

Pokémon Go has been linked to various other risks and problems, including losing grasp of reality because of the rush of the game. People have stepped in front of a moving car, smashed their car into a tree, and fallen down from a window or a cliff. In Japan alone, Pokémon-catching drivers caused two fatal car crashes during the last two weeks of August.

Pokemon Go Players gathered around the fountain in Setagaya Park, Tokyo, all trying to catch enough Magikarp to evolve it into a Gyrados. Image credit: Brian Miller / Wikimedia Commons

It’s hard to predict with any precision how long the excitement of catching monsters might last, but it’s clear that any similar game would have a hard time matching the phenomena that is Pokémon Go.

Andra Siibak is a Professor in Media Studies at the University of Tartu.

The Estonian version of this post was published in Postimees.

This entry was posted in General, Social sciences and tagged pokemon; virtual; apple; social media; augmented reality; niantic;. Bookmark the permalink.
This website uses cookies to improve your experience. We'll assume you're ok with this, but you can opt-out if you wish.Accept Read More
Privacy & Cookies Policy