Probably the Most Rocking Event of the Year: sTARTUp Day 2016

I was filled with genuine envy as I participated in a conference dedicated to studying entrepreneurship at Aalto University two years ago. I observed the lecturers of Aalto University who spoke one after another, each of them beginning their presentations with their eyes shining. They said: “Yesterday, we had Slush… Didn’t you happen to take part in it?” The sentence was followed by a five-minute-long description of how cool the event had been.

Each year, the event is organized by the students of Aalto University, with over 10,000 participants, including the presidents and prime ministers of various countries, as well as some of the most influential investors and entrepreneurs of the world. Of course, I had never been a part of it. And I was mad at myself – if I had arrived to Helsinki just a day before… 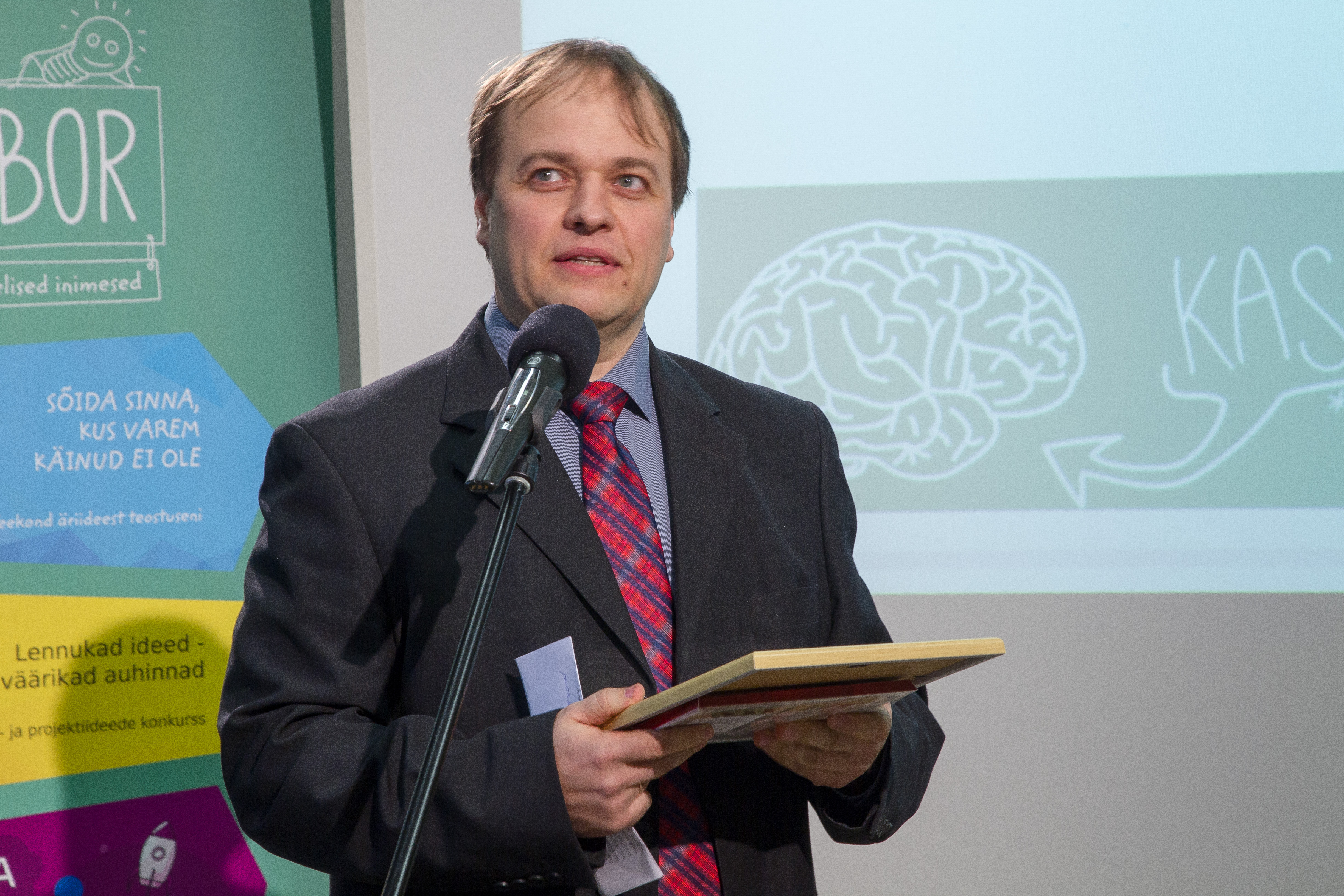 A year later, last October, I finally visited Slush (I’m still under its spell), and it took only a couple of months until I was sure – we need our own Slush.

At the end of last year I took part in four events – the contest of the Vega Fund, “Kaleidoscope” by the Idea Lab, the business plan contest organized by the Center for Creative Industries, and the presentation of Buildit, a business accelerator at the Tartu Science Park. I had realized that there are so many really important and wonderful events happening in Tartu, but no one knows anything about them.

“We organize sub-critical events”, as Erik Puura, the Vice-Rector for Development, had mentioned repeatedly, but it was only now that I understood what he meant. And so it went that in December 2015, between Christmas and the New Year’s Eve, people from the University of Tartu, Tartu Science Park, the Business Advisory Service Foundation, the Center of Creative Industries, Tartu Biotechnology Park, Garage48 Tartu Hub, and the City Council all met in the hall of the Science Park.

The Birth of the sTARTUp Day

That’s where I introduced, for the first time, the plan to organize all our small events together under the umbrella of one major event, so synergy would be a part of it.  Additionally, it would inform the rest of the world that there is such an effective support system for entrepreneurship in Tartu. As the city of Tartu has a unique name – it happens to be a part of the word “start-up” – we named our event sTARTUp Day right away.

We all know somebody who is involved with a start-up. But do we really know what a start-up is? We’re organizing this event to explore this very topic in detail and to inspire people to start a business. The festival is aimed towards several target groups. On 9 December, the Estonian National Museum will welcome startup entrepreneurs, students, lecturers, scientists, people who are starting their businesses, and anyone who might ask: “Maybe there’s a way I can implement my knowledge in the business sphere?”

In a way, the abundant programme of the festival can be summarized by the sentence “How to earn if there is nothing to burn?” While start-up companies may have the image of money-burners, sTARTUp Day counterbalances this image with talks about how to earn money and accomplish the first real turnover in the very beginning, when there’s no money to burn yet.

The event tells the story of beginnings and the journeys that followed. We have invited more than 40 speakers from around the world to share their experiences, their keys to success, and to discuss ways to build a sustainable business model.

Local names taking the stage include Olympic winner Gerd Kanter, who explains how he created the Team 75 Plus and found the money needed to achieve his dreams. Musician Sandra Vabarna and co-founder of Taxify Martin Villig will also take the stage. Presenters adding a global perspective include one of the most successful young entrepreneurs in the world, Jamie Dunn, the YouTube sensation Christian LeBlanc, who quit his job and is now earning money by travelling and publishing travel videos, and designer of virtual reality Keiichi Matsuda, among others. There are performers from the United States, Canada, United Kingdom, Germany, Poland, The Netherlands, Denmark, Sweden, Finland, and, of course, Estonia.

The event will be hosted by Louis Zezeran from Comedy Estonia. See the full schedule of sTARTUp Day 2016.

In addition to presentations, everyone is invited to take part in practical workshops, look around the virtual reality room, learn about new products, services, and job offers from the university and start-ups, and to enjoy the pitching competition event finale.

On the main stage there will be demo shows, where spin-off enterprises of the University of Tartu and participants of the Buildit business accelerator will present. The best start-up companies from Estonia will be announced there. In the demo area everyone will get the chance to become better acquainted with the start-up companies, as more than 40 companies will be showcasing.

As there will be a lot of bright and business-minded young people, the participation of companies in need of new employees or trainees is completely logical. In this academic year, a decision was made to organize the annual spring career day for the students of Tartu already in December, so the “Ole rohkem” (“Be more”) job fair will also be a part of the sTARTUp Day.

I believe that in the coming years sTARTUp Day will become the biggest business festival in the Baltic countries. I hope that already after the first one both lecturers from the University of Tartu, as well as various people from the City Council and from the support structures for business, will start their presentations bright-eyed, saying: “We had the sTARTUp Day in December… Didn’t you happen to take part in it?”, followed by a five-minute description of how much it rocked.

Andres Kuusik is the Head of the University of Tartu Center for Entrepreneurship and Innovation and one of the organizers of sTARTUp Day 2016.

This article was initially published in the university magazine Universitas Tartuensis.

This entry was posted in Career, Events, Student life, Tartu and tagged start up; events; tartu; business; entrepreneurship; company. Bookmark the permalink.
This website uses cookies to improve your experience. We'll assume you're ok with this, but you can opt-out if you wish.Accept Read More
Privacy & Cookies Policy