Andrei V. Belyi is a Senior Researcher at the Institute of Government and Politics and an affiliated scholar at the Centre for EU-Russia Studies at the University of Tartu. He teaches in the international master’s programme in International Relations and Regional Studies.

Western sanctions on Russian oil and gas industries have started to take a significant although indirect effect. It would be still too much to expect that sanctions would have their immediate political effect on Russia’s position towards Ukraine. Nevertheless, important difficulties have emerged for the world largest hydrocarbon producer.

In fact, the history of sanctions demonstrates that economic pressure only rarely leads to a political effect. It could be that cases of sanctions against South Africa is amongst the rare examples of a political change followed by an economic isolation, whereas a number of unsuccessful stories (Cuba, Iran and Iraq are the most notorious examples) demonstrate the limited effect of economic instruments in international affairs.

In most of the cases, sanctions become an excuse for economic failures and rather reinforce a hardliner geopolitical choice of the states in question. Likewise, Russian political elites, and first of all Russian President, are not planning to give up their position on Ukraine even under a context of an economic hardship. Therefore, many in Russia claim that sanctions don’t have an effect.

In addition, Russia established countervailing sanctions against western agricultural products and plans to expand the list to other sectors. On the similar grounds, CEOs of the three most active Russia’s oil and gas companies under western sanctions, namely Gazprom, Rosneft and Novatek made a number of over-optimistic statements, saying that the current political developments in Russia-West relations will not impede on the current investment projects. And that in spite of the shares price decrease, which occurred since  summer 2014.

Since the early 2000s, Russian oil and gas companies increased in terms of capitalization, investment activities and overseas operations. State owned Gazprom and Rosneft became the world largest undertakings in hydrocarbons. Both state-owned companies are involved in a large-scale investment and acquisition projects both domestically and overseas. A number of international partnerships and join operations made these companies different from classical petro-states. In addition, a number of large private oil and gas companies have been active in large-scale upstream operations, among others are Lukoil, Novatek and Surgutneftegaz. Apart of the latter, the companies gained an international profile and closely involved themselves with investment banks for loans.

Levels of investment made by Russian oil and gas companies attained important figures in terms of financial value, involvement of western credits and project finance as well as their importance. Altogether, Russian foreign corporate debt elevates at almost 600 billion dollars. This means an interdependence between Russian companies and the western banks that is much larger than for the Middle Eastern and Latin American states. In this context, sanctions can generate a serious hardship for Russian energy industry. 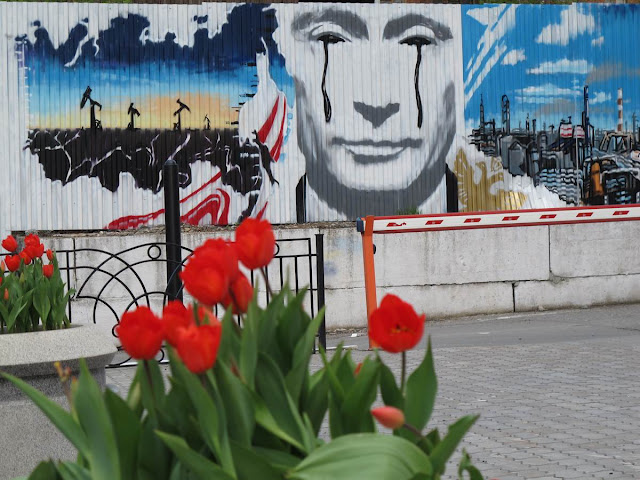 Both Russian ruling class and the companies keep the discourse of “no effect” in regards to sanctions. However, the situation seems to be much more challenging. Costs are increasing for oil and gas business, whereas new projects (especially LNG in Arctic) experiences additional difficulties. In this context, the Russian government did already forecast a decline in oil revenues by 4% for the next year. The figure might still be revised downwards later and will result in further budgetary difficulties.

In the meanwhile, international companies present in Russia previously experienced significant profits. Therefore, many of them either openly opposed the sanctions or decided to diminish the effects. Paradoxically, some international companies are most ready to compromise on liberal values, which however are also the ground for an economic freedom for investors. Moreover, many are worried about negative effects from the sanctions. Among others, the former BP director warned about an immanent oil price increase because of tensions with Russia.

On these grounds, many in Russia believe that the western companies would create a counterforce to the western governments. Curiously enough, anti-globalist Russian leadership uses the economic interdependence discourse in order to convince the West to halt the wave of economic pressure on Moscow.

Due to the importance of interdependence, investment and market risks related to the sanctions against Russia will grow internationally. In this context, mid-term effects on Russian oil and gas can be already observed.

Download a longer version of this article published in OGEL.

This entry was posted in Research, Social sciences and tagged oil industry, Russia, Russia-West, Russian energy, Russian gas, Russian oil, sanctions. Bookmark the permalink.
This website uses cookies to improve your experience. We'll assume you're ok with this, but you can opt-out if you wish.Accept Read More
Privacy & Cookies Policy